When I was about nine years old my parents decided to get cable TV. Thanks to this new addition to my household it exposed me to a lot of new channels; especially HBO. ” The Return of Swamp Thing” was the first movie I ever saw on that channel. That movie left me in awe of Swamp Thing. He was big….he was green. he had flowers and other things growing out of his body..he lived in a swamp… he kicked butt and he looked different from any other superhero that I had seen at the time. To me he was awesome!!! Every time I saw this movie on TV I would just stop what I was doing and watch it I think I must of watched this movie at least two hundred times. I felt like like I was getting a million pieces of my favorite candy at once once I saw Swamp Thing on the TV screen. 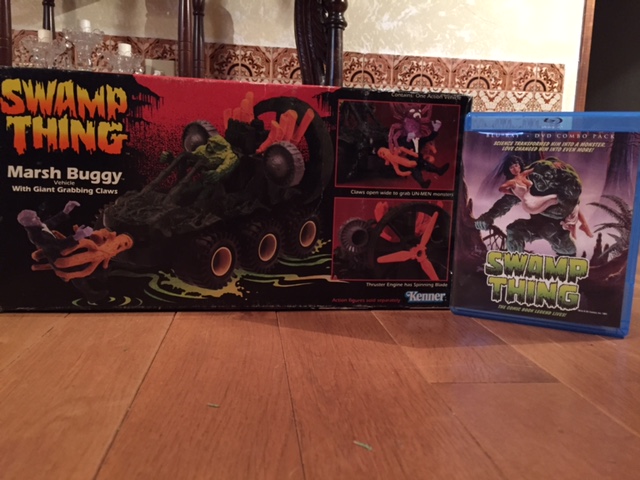 It wasn’t until years later that I found out there was a movie that was made before”The Return of Swamp Thing” called “Swamp Thing”. (I know, I know I am little bit backwards in finding things like this out but I just took it as a learning experience.) And a short lived cartoon series  and the most important thing of all to me was…. SWAMP THING TOYS!! 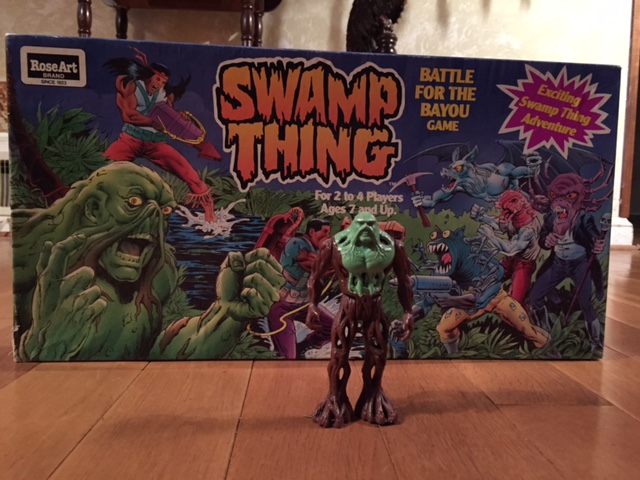 I had some Swamp Thing toys when I was little but my parents donated a lot of them so I spent my adulthood trying to find and buy the items I had when I was little. When I would get these packages in the mail I would opened them up and it instantly brought back warm Swamp Thing feelings  and memories from my youth.

Even my robot: Ro-Bert M. Verbot is a fan of Swamp Thing! Here he is working on a Swamp Thing puzzle. 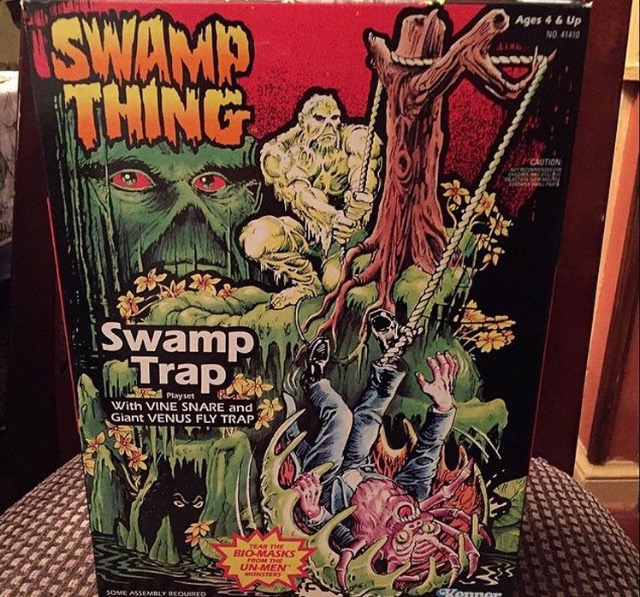 Every time someone asks me who my favorite Super Hero is, I always say it’s Swamp Thing because he is a different and unique kind of personality. Kinda like me.

I have more Swamp Thing items in my collection (this is just a small portion). I do not thing I will ever stop collecting Swamp Thing items. You could say that I am Swamp Thing obsessed but we all have our vices when it comes to certain things mine just lives in a swamp.

3 thoughts on “For the Love of Swamp Thing!”