In 1986 producer Terrence Donovan directed one of the most iconic 80’s music video of Robert Palmer’s song:  “Addicted to Love”.

This song is on Robert Palmer’s Riptide album and was it’s second single. Every time I think of Robert Palmer two things pop up in my head: this song and this video. 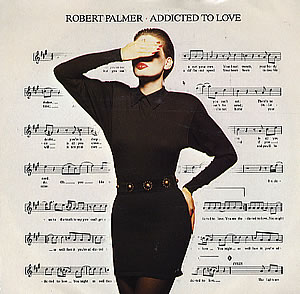 Some interesting facts of this video and song: