Today’s movie of the day is “The Polka King (2017) directed by Maya Forbes and Wallace Wolodarsky. It stars Jack Black, Jenny Slate and Jason Schwartzman.

Based on a true story Jack Black plays a guy named Jan Lewan a local music legend in Pennsylvania who is a person of many hats polka singer, band leader, a store owner and pizza delivery man. His many dream and goal in life is to be a worldwide sensation polka singer however he is having a hard time keeping his band together and his dream afloat because there is hardly any money being made in that field.

He comes up the idea to get his fans to invest in his dreams of his Jan Lewan Polka empire with the promise of paying them back however he decides in order to do that he just gets new investors to invent money and funnels it to pay off the older investors and with no intention of paying back the money he took from the new investors.

Even the government in Pennsylvania warned him to stop selling shares for his store he still continue and was leaving a paper trail in about 22 states and had up to 400 people who he sold shares too. He was able to reach this outrageous number do to his touring of his polka band.

This was a fun movie to watch and what is even more funny is that it is based on a real person. The real Jan Lewan was arrested in 2001 for deceiving people and for also making a Ponzi scheme. 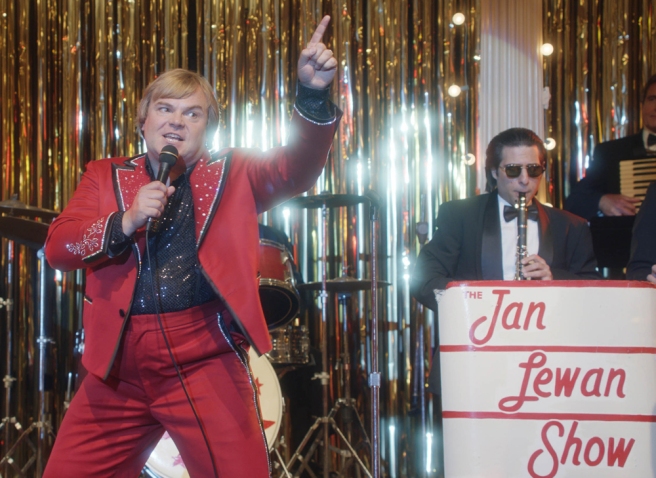