Sleepaway Camp (directed by Robert Hilzik 1983) has one of favorite hidden tracks in a movie. The song is called Angela’s Song and it is by Frankie Vinci. It is a short but danceable song that plays throughout the movie. Frankie Vinci made up the song very quickly with a keyboard,  and drum machine This was one of three songs he made for the whole soundtrack of Sleepaway Camp. This song is totally everything I love about the 80’s because when you listen to it you can have some major 80’s flashback vibes!

Frankie Vinci was quoted on the Mondotees.com site where the inspiration of the three songs came from:

“When I sang the 3 songs I was trying to channel David Bowie. Euro rock music was big in the 80’s, so I was inspired to keep the songs fresh with a Euro vibe. I’m not sure I came close to a Bowie vocal but I guess it worked in its own way. The 3 songs may sound sonically inferior to today’s digital recordings but the heart of “Angela’s Theme” is the eerie notes in the intro and the overall vibe. The Yamaha keyboard’s bell sound actually adds to the creepy feel of the movie ending.” – Frankie Vinci (2015)

In 2015 Death Waltz Records released an 7 inch EP of Angela’s Theme. I was fortunate to grab a copy when it came out and it is one of most played records in my vinyl collection. 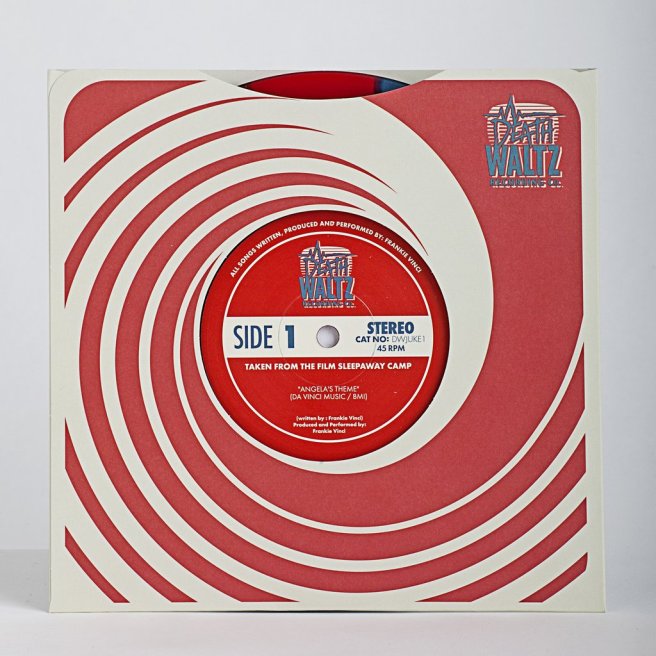 One thought on “Angela’s Theme”