Herbert Butros Khaury (stage name is Tiny Tim) was born on April 12, 1932 in Manhattan, New York City. to a mother who was a garment work and a father who was a textile worker. His parents were musically inclined but he was and his father caught on quickly to his son’s musical interests. When Tiny Tim was a small kid his dad gave him a gramophone and a record of a song called  “Beautiful Ohio” by Henry Burr which Tiny Tim would sing the song for hours on end.

In 1950 he became a messenger for New York City  MGM studio offices  and had stardom in his eyes and he started to compete in various talents shows and dance club showcases all throughout New York City.

He became a regular show was a nightclub in Greenwich Village and played for six hours for six nights and his act would fellow a tinier gentleman. From then on his manager decided to nick name him “Tiny Tim” even though he was 6’1 and that became his stage name. 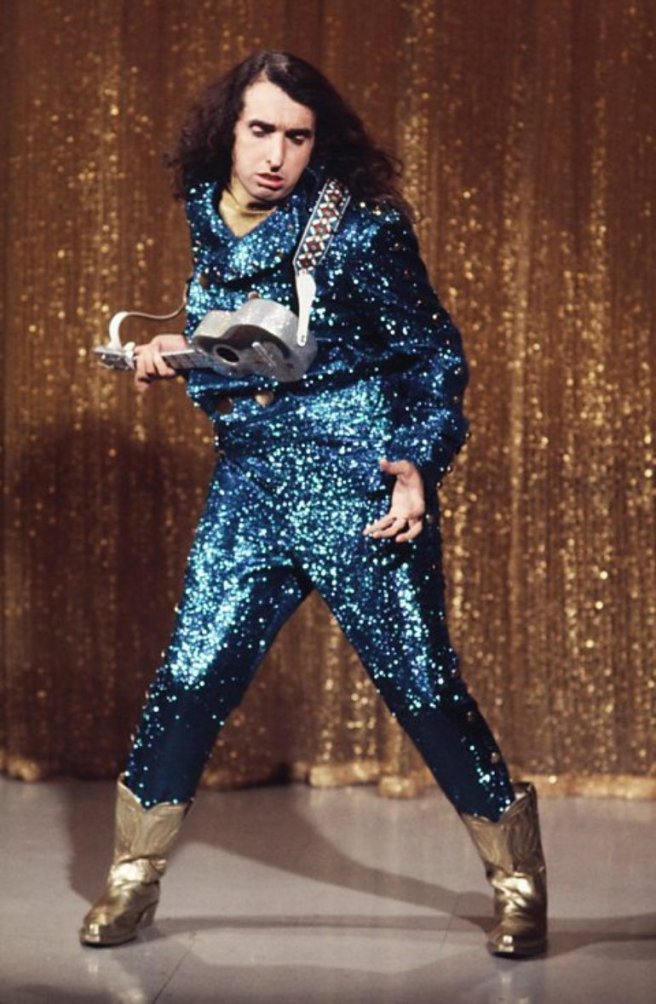 Tiny Tim started to become more popular during the decade of the 1960’s. He started to do more appearances on TV shows such as “The Tonight Show with Johnny Carson” :

He even married his first wife Vicki Budinger on The Tonight Show with Johnny Carson:

He is best known for his cover of “Tip-toe through the Tulips” but I really like his version of  “Stay Down Where you Belong”: ( It is a staple song for me!!)

Tiny Tim passed away on November 6, 1996 from a heart attack. Growing up I always enjoyed seeing such an interesting performer on TV. Tiny Tim really made an interesting life and made his own mark.

Some fun facts about Tiny Tim:

-in the 1980’s he toured with the Great American Circus.