“I began painting minis when I was young in the eighties.  Our parents took us to a game and book shop called Star Realm in Omaha, which was full of miniatures and books and role playing material and comic books.  My parents bought me the boxed set of Grenadier halflings, and began painting those with Testors enamel paints. I then switched over to the Polly S acrylic paints that had the great D&D names to accompany them, and along with Grenadier discovered Ral Partha. 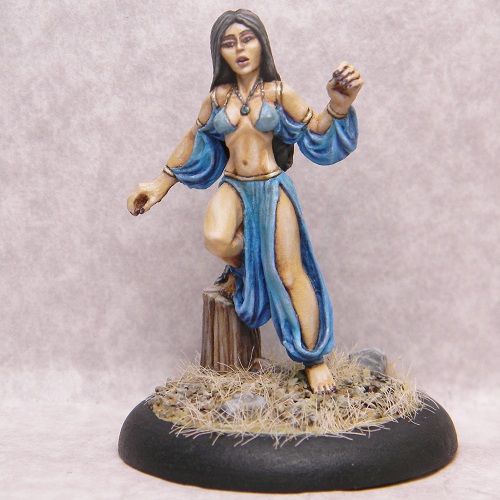 In 1986 when I was 18 I traveled to Finland as an exchange student, and pretty much gave up and forgot about miniatures and D&D until years later when my wife was concerned that the only hobbies my kid had were sports related, and asked me to look for something for him to do.  Being that I painted when I was little, I got a hold of some minis and craft paints and tried to introduce him to the fine art of miniature painting.  He painted two figures and lost all patience and interest, but I was hooked again, and since that point caught the painting bug and haven’t been able to shake it!”

2. What are your favorite minis that you have done?:

“It’s really hard to pick a favorite miniature, because for me each one is my favorite as I work on it.  I have slight hoarding tendencies! Which is why I like to keep what I paint instead of doing much commission work.  However brand-wise, my favorite by far is Ral Partha, for whom I’ve done some painting and projects, and then after that, I like the old school miniatures of my youth, such as Heritage and Grenadier.  One of my favorite new companies currently is Stonehaven Miniatures, which has funded their miniatures through some really nice Kickstarters. 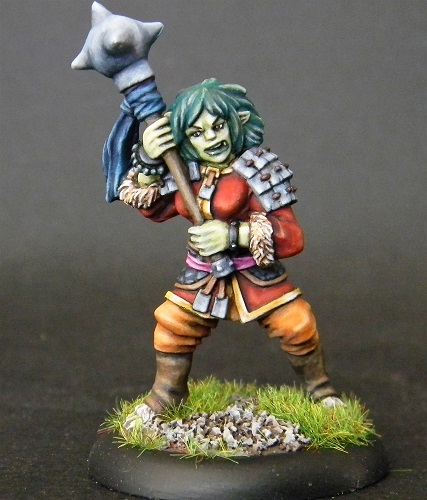 3. How many do you have in your collection?:

“Painted miniatures, probably somewhere between 300 and 400, and that’s just a guess. I just went to try to count them but gave up after about 100 and I was less than a third way through.  Unpainted ones, the ones I hope to get to paint someday but may run out of time, probably somewhere in the range of four to five thousand?” 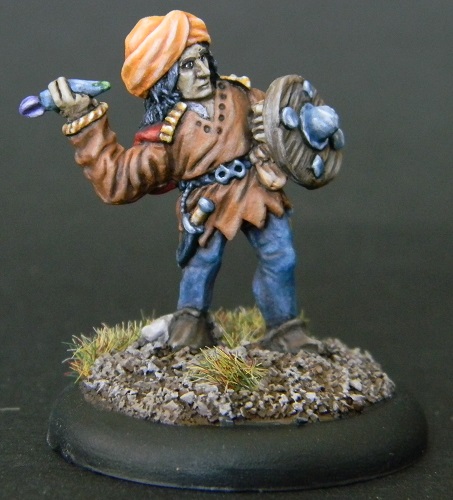 4. What minis are you planning to showcase on your Instagram?:

“Pretty much anything that I’ve painted in the past, present, and into the future.  I’m kind of a slow painter, usually painting a figure every two weeks, so were I to only showcase my new ones, it wouldn’t be a very active page, so I’ve tried to grab ones that I’ve painted before as well.  I’ve shown off figures that I painted back in in the 1980’s all the way up to ones I just finished last week. “

5. Can you offer any advice for people that want to start painting and/or collecting minis?:

“For painting, I’d say the key is just to paint and keep painting.  If you’re trying to produce results you’ll be happy with then take your time, and be patient!  Use all the sites and tools the internet has to offer.  Join up on some of the miniature forums.  Reaper has a great one with a lot of friendly and encouraging people.  If you’re not a spring chicken any more, go buy yourself some cheap magnifying visors.

As far as collecting, that’s a bit more complicated.  People collect with so many different reasons and aims, it’s hard to offer suggestions.  I mostly look for miniatures I find aesthetically pleasing, and ones that I would actually enjoy painting.  My collection has more than a hint of nostalgia, but at the same time it comes from a deep appreciation of the artists that sculpted them.

Whatever your motives to paint or collect, I think the ultimate goal is just to enjoy what you’re doing and if possible find other people that share the same interests as you.  That way you can turn it from a basic nerd obsession into a social nerd obsession!”

For more info or questions about Minis and/or the artist please contact Mark through his instagram: @moonglumsminis

One thought on “Artist’s Spotlight: Moonglumsminis”