There are so many coming soon and recently released movies that I am so excited to get and watch! Here are top five!

(In no particular order…)

Heathers (1988/ released date is September 9,2018 byArrow Video)- directed by Michael Lehmann and starring Winona Ryder, Christian Slater and Shannen Doherty. This dark comedy is definitely has a cult underground following. I watched this movie years ago on Netflix’s instant watch and I was immediately hook on its dark but hysterical comedic undertones package in this teen comedy. 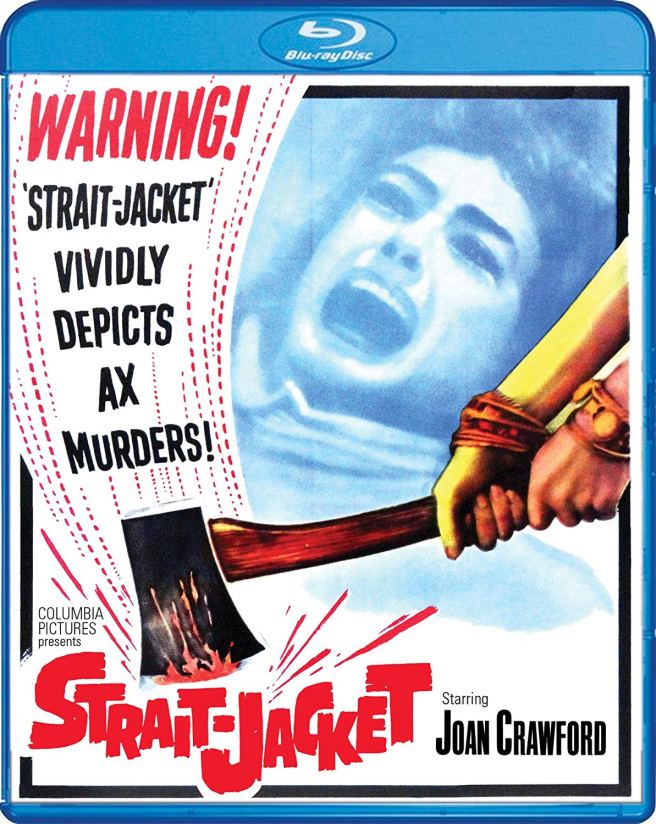 Strait-Jacket (1964/released date 08/21/2018 by Shout! Factory)- directed by William Castle and starring Joan Crawford and Diane Baker. Joan Crawford had a lot of diva like demands while shooting this film. Like having the Pepsi logo visible whenever possible in the film since she was married to the CEO of Pepsi at the time and having the script rewritten until she approve it.

Memoirs of an Invisible Man (1992/ released July 24, 2018 by Scream Factory) directed by John Carpenter and starring Chevy Chase and Daryl Hannah – I remember seeing commercials for this movie on channel 20 a lot when I was growing up and was kinda interested in watching it. However decades went by and I totally forgot about it until I saw that it was getting the blu-ray treatment. Better late than never to watch it when it comes out!

Sex, lies and Videotape (1989 released date July 17,2018 by Criterion Collection) directed by Steven Soderbergh and starring Andie McDowell, and  James Spader. I was really into MTV in the late 80’s and remember this movie always being a topic of conversation on that channel but being so young at the time I could’t go to the theater to watch it. So I am  extremely happy that it is getting the CC treatment and I am old enough to watch it!

Smithereens (1982 released date is August 21,2018 by Criterion Collection)- directed by Susan Seidelman and starring Susan Berman- I had this on my netflix queue list since 2012 (yes I am one of the netflix’s people that have more than 400 movies on there list and 200 on there unknown release date list!) so I decided it was more than the right time to get it to learn more about the subculture of the movie and wonder why it made the Criterion Collection list.

There are so many more movies that I am excited about this summer however I tried to make the list short and pick movies that may be often overlook and/or not that well known.

What are you excited to watch this summer??