(side note: So I tried to take a writing break but physically I cannot. So onward and upward and I will be posting those past selections soon!)

On October 31, 1999 the cartoon network aired a marathon of Scooby Doo. I remember watching this marathon but what caught my attention was the small segments that they would show between the cartoon and the commercial breaks. The segment was called The Scooby-Doo Project and it was supposed to be a light version of The Blair Witch Project starring the characters from Scooby-Doo. 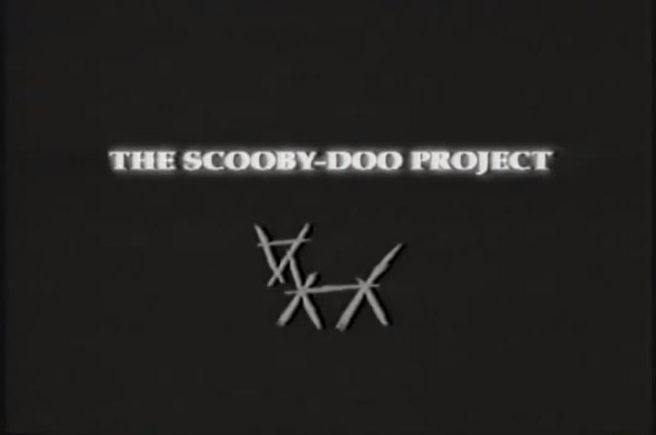 The group decides to film their journey of going into Casper County woods in search of a monster and they end up disappearing there but their footage of what happened is found.

What is interesting about this short is that Shaggy points out that he has a been feeling about this particular mystery because the woods they are driving past look “more realistic” then the previous woods they have been to. They set this particular bunch of segment with real video of actual people and woods instead of the usual cartoon scenery but they kept the cartoon versions of the Scooby Doo gang. 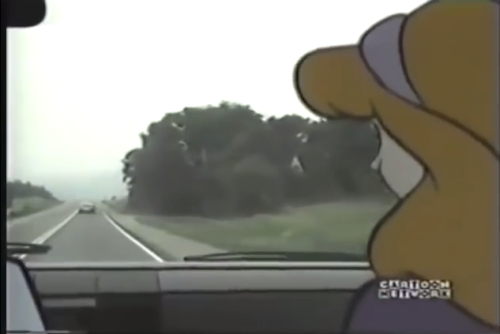 Velma is very insistent of interviewing the locals of the county before driving into the woods and everyone that they interviewed has a different take of what the monster is suppose to be and she is baffled that no one story is consistent with another.

When they finally arrived to the woods at near dusk they leave the comfort of the mystery machine and decide to find the cemetery that is in the woods.

Of course Shaggy and Scooby are completely freaking out that they got to there woods late because it is almost night and they are complete not ok that Velma, Fred and Daphne decided to camp out in the cemetery!

The longer they are in the woods they more the gang starts to argue with each other and they are especially annoyed that Velma keeps filming them and that they only brought one tent for everyone to sleep in for the night. They are especially spooked by a monster they scared them by they cannot find the source of where the monster came from 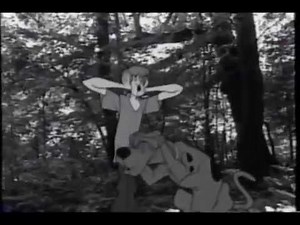 Thinking that the would get a good night sleep during the time they are in the woods they encounter more problems like cramp spaces, there backpacks getting broken into and a shortage of supplies they needed for this trip.

During every other commercial break they to get more frustrated with each other and also the fact that they haven’t solved the mystery nor left the woods yet. But they keep hearing shrieking that sounds like it could be the monster and they also find food prints. 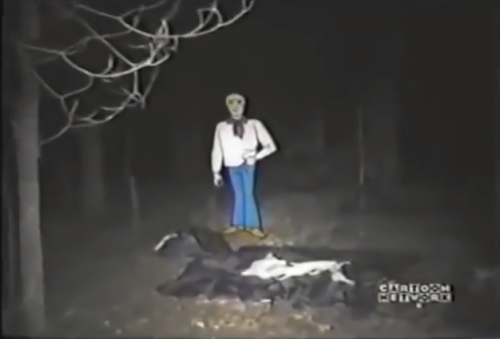 Nearing the end they come across an abandoned house and run inside. Velma is convinced that the shrieking is coming from the house and they find a radio instead and it starts playing a light beat song. However it is confirmed by Shaggy that whenever they heard music a monster is close to them and he is right!

Because the next thing you see is this:

And they start running up the stairs and you can see all of the characters running across the hallways to get away from the monster.

Then you seen Shaggy in the corner in the basement and Velma asks him what he is doing there and he is freaking out about how scared he is!

They finally were able to apprehend the monster and they remove the mask to reveal who was scaring them. It was: 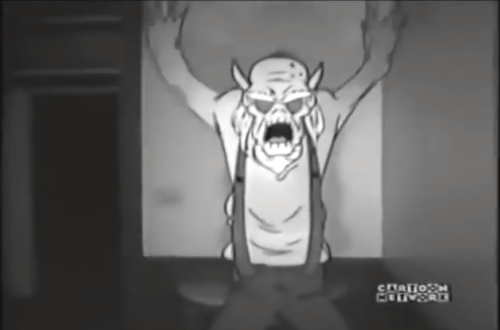 And they couldn’t figure out why he was scaring them and he said it because it’s Halloween and that’s what you do on Halloween! But then they asked why he scared them before Halloween at the cemetery and he said he wasn’t there but then…

To find out what happens next here is the full video of the Scooby Doo Project:

2 thoughts on “The Scooby-Doo Project”