Hello I decided to share with you some of my summer shows that I am excited to watch over the summer! All of them are premiering there new seasons within the next couple of months. I have a whole list but decide to share a small list with you. They are not ranked because I have the same level of excitement for all of them.

In no particular order:

GLOW- The gorgeous ladies are back and now Las Vegas is their home! This series stars Alison Brie and Betty Gilpin. I was hooked on this show because it was anything that is  based on the 80’s I will most likely watch. The third season will premiere on Netflix on August 9th!

Baskets- starring Louie Anderson and Zach Galifianakis is a dark humor comedy and Louie Anderson who plays Christine Baskets is amazing in this show. I am currently re-watching all the seasons before the fourth one premieres on June 13th on FX.

Claws- I remember first hearing about this show a couple of years ago when it was on a must watch summer TV guide list and the premise was interesting. Five women from Florida who run a nail salon at day and do crime at night. So when I watched the first episode back in 2017 it kept me wildly entertained and I have been hooked on since!  Season 3 premieres tonight (June 9th) at 9pm est on TNT! 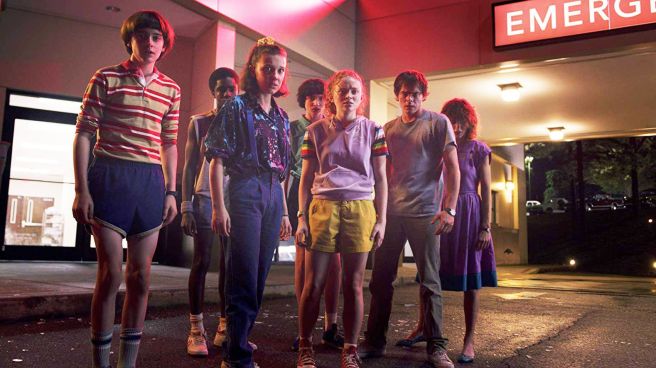 Stranger Things- This show has a lot of awesome themes for me. It has horror, sci-fi, a bit of comedy and drama. And most importantly it is set in the 80’s so how can I resist? I am super trilled that this show is premiering it’s season three on July 4th  on Netflix.

What shows are you guys excited to watch this summer?

2 thoughts on “My summer shows!”