Some people spend this holiday going out to dinner or buying gifts for their love ones. I on the other hand stay in and watch movies. So here are five movies that scream I love you in my own weird and unique way:

Videodrome (1983)- Directed by David Cronenberg and starring James Wood and Debbie Harry. James Woods is a president of a TV station that shows a large amount of X-rated shows  on his channel. He doesn’t see what the big deal is and why people are upset by his choices in his programming until his real life and TV station become one entity.

The Prowler (1981) directed by Joseph Zito and starring Vicky Dawson, and Christopher Goutman. This movie has a bit of everything you want in a  horror movie to watch on Valentine’s Day : A unknown crazy killer bent on revenge. A  Dear John Letter, high school dance and numerous flashbacks!

Natural Born Killers (1994)- Directed by Oliver Stone and starring Woody Harrelson and Juliette Lewis. I remember the first time I saw this movie was when I was 11 years old and on vacation in Guatemala visiting my family. It was the only movie that they will play everything Friday at 2pm and 8pm. This movie is ingrain in my head as a love run a muck. What better reason to watch this movie other than on Valetine’s Day? 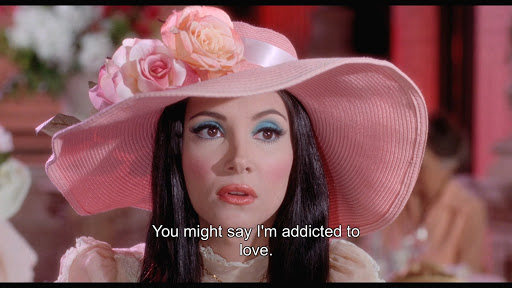 The Love Witch (2016)- directed by Anna Biller and starring Samantha Robinson.  Samantha Robinson stars as Elaine who is a witch and is a big believer in love and wants to find her one true love. However in order to find that she decides to casts a bunch of spells and potions to help her quicken her search and it kind of blows up in her face. 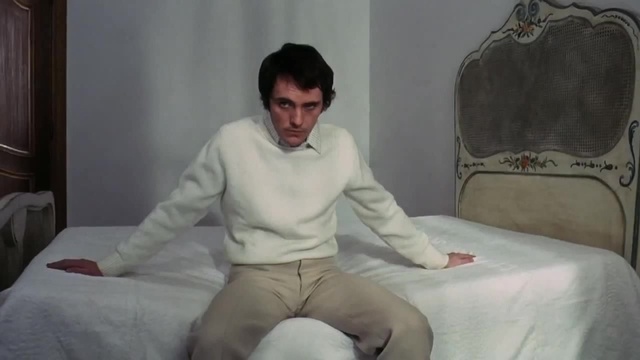 Teorema (1968) directed by Pier Paolo Pasolini and starring Terence Stamp and Silvana Mangano. Terence Stamp stars as an angel or a god ( I am still trying to figure out which it was). And stays with a rich family and his main objective is to seduce and destroy their family dynamic. Needless to say mission accomplished! The first time I watched this movie was in an Italian Cinema course. I have never heard of the director Pier Paolo Pasolini before but when I watched this film. I was entranced, confused and  enjoyed this movie a lot. Even though I was confused about the plot. The night of the class when we were supposed to discussed this movie the teacher asked us a question. Was Terence Stamp the angel or a devil in this movie. Never had a seen such a heated debate in a class before! Yelling, and interruptions were a constant in this discussion. Their was even a threat of a chair to be thrown. Needless to say Pasolini became one of my favorite directors after that night!

You can preorder the movie below: