“I was born in El Salvador to immigrant parents but grew up in San Francisco. I didn’t really become interested in art until I was 14 or so, but then I never really took it seriously. Eventually when I turned 17 I moved to LA and lived there for about 5 years or so. I did some odd jobs, acting gigs, and eventually when I turned 21, perhaps out of boredom or desperation, I decided I would really learn to draw better and get better at my artwork in general. I was only doing it as a hobby at the time, but now I am glad I did so. Drawing and creative work is what i have done for so long, so I guess it was time to stop ignoring my hunches and just go all in.” 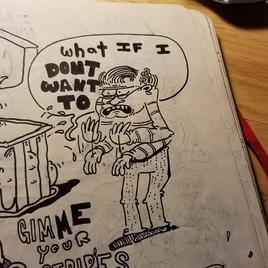 2. What was the first pop culture character that left a lasting impression on you?

“Maybe the characters from Toy Story. Buzz lightyear and Potato Head. I was kind of the right age for that. Eventually when I was maybe 7 or so my mom took me to the library and I discovered Garfield. I read every single book they had. I loved those books and that dumb cat. I remember liking the pages because the backgrounds were always so colorful. So maybe that’s a better answer. To this day that cat has a grip on my life and imagination.” 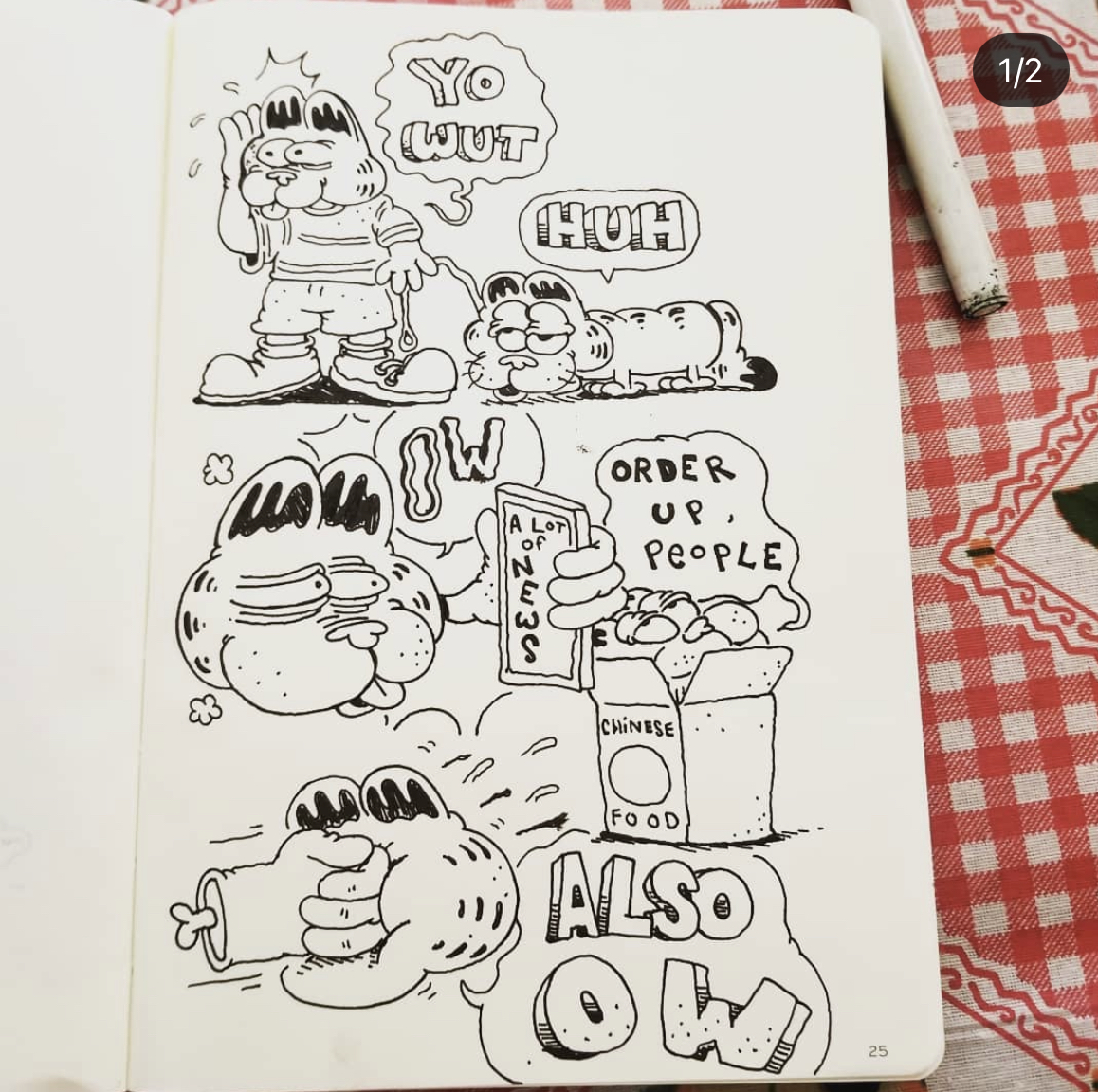 3. Did you ever have a birthday party at McDonald’s or Chuck E. Cheese?

“I have never. I remember vividly the commercials Chuck E cheese would show and wanting to go so bad, but the nearest one was too far away. I remember the time I actually DID get near one, I was in middle school. I tried going into the place with friends and the lady who greeted us said we needed a parent or to be 18 to get in. So we left. To this day that place is just shrouded in myth and obscurity because I never really got to experience it.”

4.  What is the most requested pop culture character when doing commissions? Why do you think that character is frequently asked for?

“Probably Garfield. He is just so malleable and stone cold that if you put him in any situation it becomes humorous. I don’t blame them. He really is perfect. 2nd would probably be Bart Simpson, another classic character who already has a great reputation of being bootlegged and ripped off. I especially like the way he looks when he is made into 3 dimensions. He always looks so kooky.” 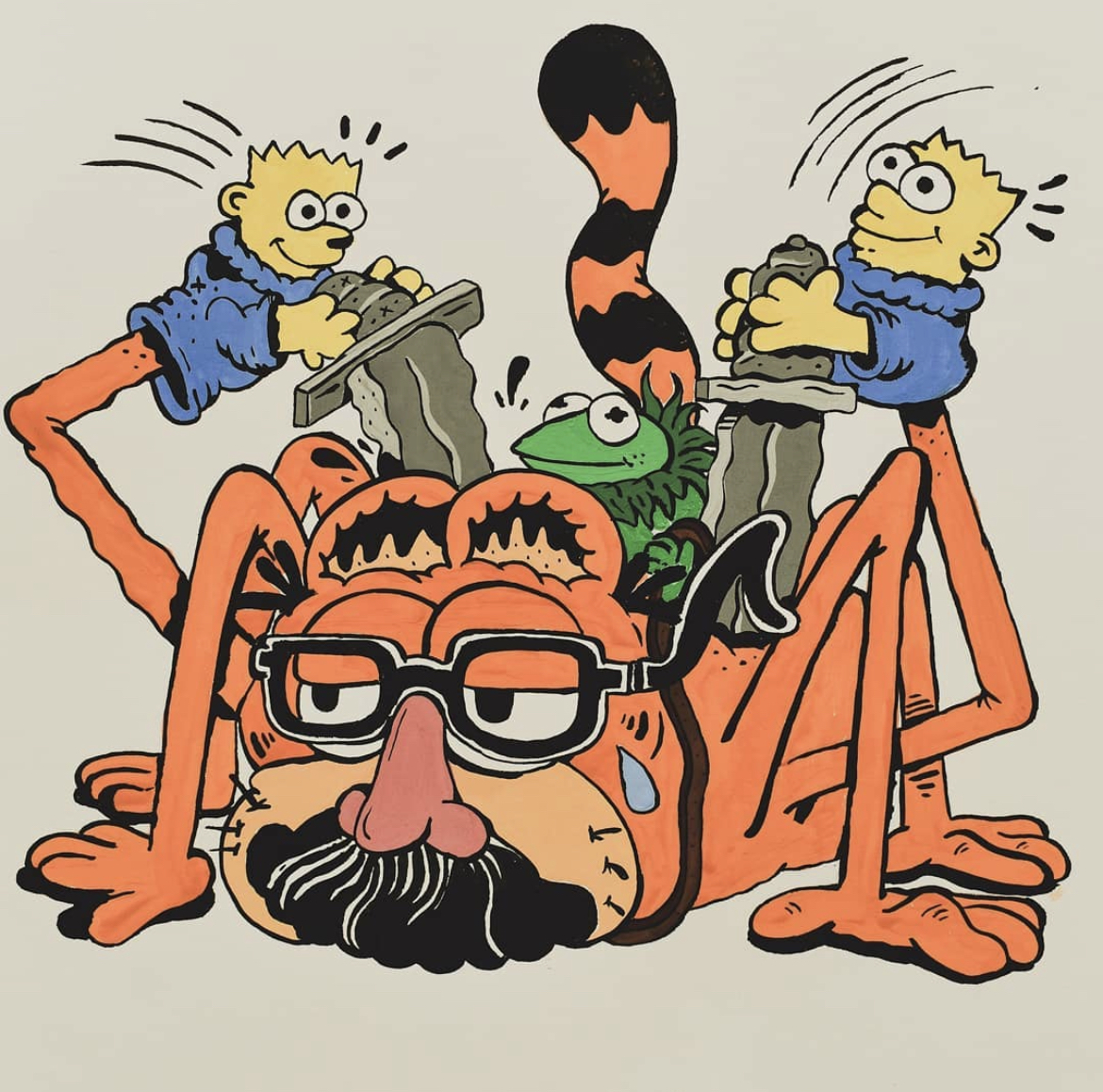 “Maybe Gromit from Wallace and Gromit. Because he is a mute character yet does all of these crazy things. I can be quiet sometimes, but I feel I am able to do things that people wouldn’t expect. And then maybe even Pingu from the British claymation series. Whenever I see clips of that show I see myself in that wacky penguin. I guess it’s just the extreme emotions that pingu has while also remaining deadpan in other moments. One moment he is stiff as a rock and the other he is literally bouncing off the walls. Something about him is oddly relatable.” 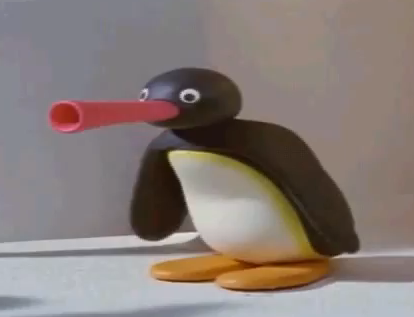 “I have just started painting again. Eventually I will put my paintings up for sale on my website, and maybe some will go to galleries. I also plan on doing another run of prints in the future as well.  I will post on my instagram with any news!”