This month I would like to introduce you all to one of my favorite books EVER:

Valley of the Dolls by Jacqueline Susann!

It was first published in 1966 and it quickly became a best selling hit of that year.

In the same accord of Peyton’s Place (also a favorite book of mine!) this book was steamy!  Jacqueline Susann had a humble beginning as an actress but she was not the best actress. However was the the best as hearing the Hollywood behind the scenes gossip.  She turned and based most of her character in Valley of the dolls on real life actress of that decade.

Even though critics bashed harshly on the novel the world seemed to love the book. Even to this day this novel is one of the top best selling books in history. Valley of the Dolls celebrated it’s 50th anniversary and surpassed sales of 31 million and have been translated in more then 20 languages.

I found out about this book thanks to going into Urban Outfitters and looking at their clearance home section about a decade ago. This was the copy I found:

It was wedge between a shoe box and a George Washington bust in candle form! The cover looked interesting and at the sale price of $3.99 I decided to try it out! Then I brought home and put the book down in my room only to forget about it!

Then about a month later my sister asked me if I wouldn’t mind coming over to her house and babysitting in about 30 minutes from when she called. I said yes and grabbed a few things and saw something pink from the place I was grabbing my things from. It was the book and I thought I could read it when my niece sleeps. Which was almost as soon as I got there. I cracked open the book and was a couple of pages in when I became completely absorbed in it! So much so that when I got back home I read the book straight thru!

I enjoyed it so much that after I finished it I started reading it again a week later! I enjoyed reading it a second time that I started researching more about the book and learned there was a film version of it made in 1967. It stared Sharon Tate, Patty Duke and Barbara Perkins. Omg I was totally obsessed with the movie as well! I have watched it at least 20 times! ( I will probably do a separate write up on the movie at a later time) 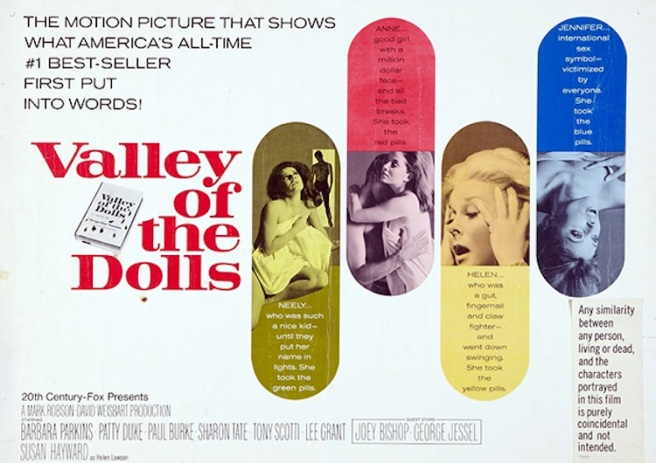 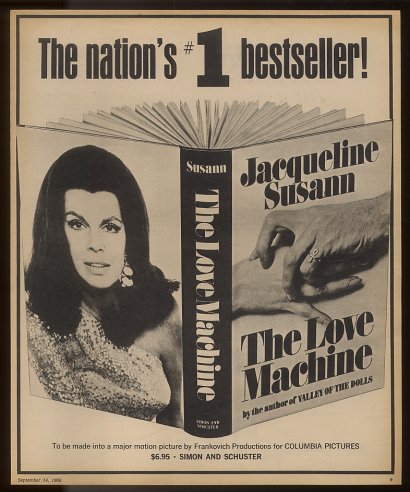 Jacquline Susann will forever be one of my favorite authors mostly because she write about glamour, fame and love all has a price to pay.

Valley of the Dolls has forever changed my reading habits because now my go to reads  are in the clearance sections. Because you never now where you new book crush will be! 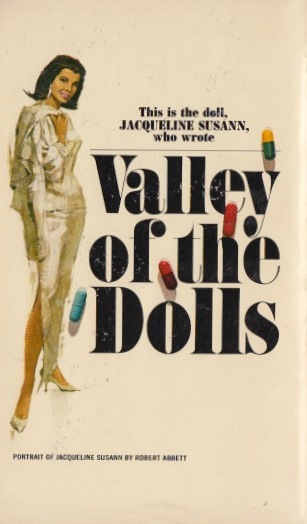 2 thoughts on “Book of the Month: Valley of the Dolls”