One of the earliest shows I remember being infatuated with was a show called “Unsolved Mysteries. Some of the cases scared me or had a lasting impression on me whenever I think of the show. Of course this blog post was inspired by an earlier entry I wrote about on Tammy Lynn Leppert . (Click on the link to read about that case)

Here are some cases that I remember that trigger that memory:

In Justice, Illinois (southwest of Chicago) there is a cemetery  called Resurrection Cemetery. There has been reports since 1939 of a ghost woman name Mary Bregovy who walks outside the cemetery street. She looks like she is either lost or just wandering around the area. Sometimes taxi drivers or random drivers who are driving in the area would see her but unbeknownst to them they would offer her a ride without knowing she  is a ghost. There was a report in 1979 that a cab driver picked up a lady in front of the gates of the cemetery and before he opened the door for his passenger she disappeared. There has been conflicting reports of the identify of the lady ghost. Some claimed her to  Mary Bregovy while others believe it was an other woman name Anna “Marija” Norkus because both women are buried in the cemetery and had died from car accident during the time frame of the first reported ghost sighting. 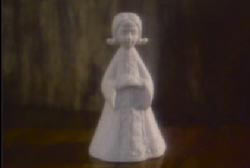 Kay and Jim Tatum lived near Atlanta, Georgia they built their dream house in the short time span of five months and moved in the winter of 1986. However before they can fully settled into their new house Kay was caught off guard by a man that pasted by her bedroom that wasn’t her husband.

They thought it was a burglar and ignore it and moved on with their lives. However two months later more strange things started happening inside the house. Including weird noises to  things falling off by themselves in other rooms they were not in. They would also hear bells ringing and the longer they lived in the house the worst it got. They finally could not stand all the weirdness in their household and moved out of their dream home.

Missing Persons segment: Kari Lynn Nixon (season one, episode 24 and premiered on May 10, 1989 segment starts at 25:27 in the youtube video below):

Kari Lynn Nixon was only 16 years old when she disappeared on June 22, 1987 in her own neighborhood (Au Sable Forks, New York) while doing errands for her family.

She left her house at around 9:30 pm for the market only spent about 25 minutes there then left and was walking by foot towards her house. There were even reports of neighbors talking to her between 10:00-10:30 p.m. that night and after that she disappeared with no trace of her.

Her parents noticed her missing the next morning and a massive police search had began with no results. November of the same year she disappeared the family got a weird letter from Flint, Michigan. The letter claimed that Kari was living in Eutawville, South Carolina. Their was even a report of somebody from that area who claimed to have seen Kari during that summer because some one introduced that person was Kari Nixon. However the person who had claimed to had seen Kari was an unreliable source because she claimed that her memory of the meeting was not a 100%.

In 1991 Kari Mom saw a New Kids on the Block concert footage and thought she saw her daughter in the crowd. Kari’s family was very hopeful it was her because the concert footage was taken in 1989, which was the year that Kari disappeared. The members of New Kids on the Block even made a public plea on Unsolved Mysteries for Kari to come forward so she could be found. However the person in the footage came forward and it was not Kari which made the Nixon family heartbroken.

Unfortunately in the winter of 1994 Kari’s remains was found only a couple of miles from her house in a shallow grave. A man named Robert Anthony Jones confessed to raping, kidnapping and killing Kari. He also confessed that he spotted Kari in the market while he was buying beer and followed her outside only to forced her to go with him at gunpoint.

He is currently serving time for his crime in Wyoming Correctional Facility in New York. 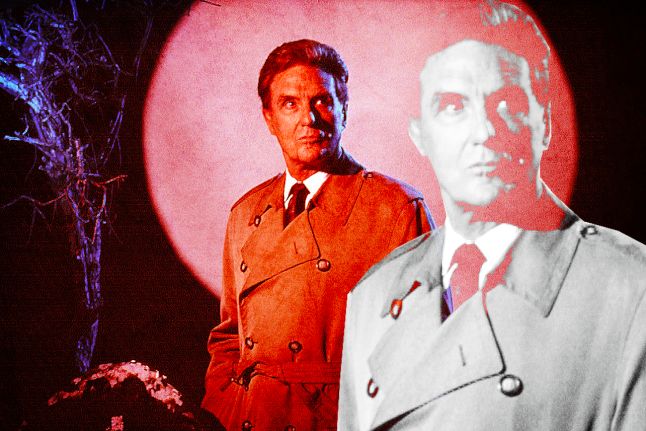 I will cover another set of these cases in a future blog post. Which cases did you watch on this show that left an lasting impression on you? Comment below: